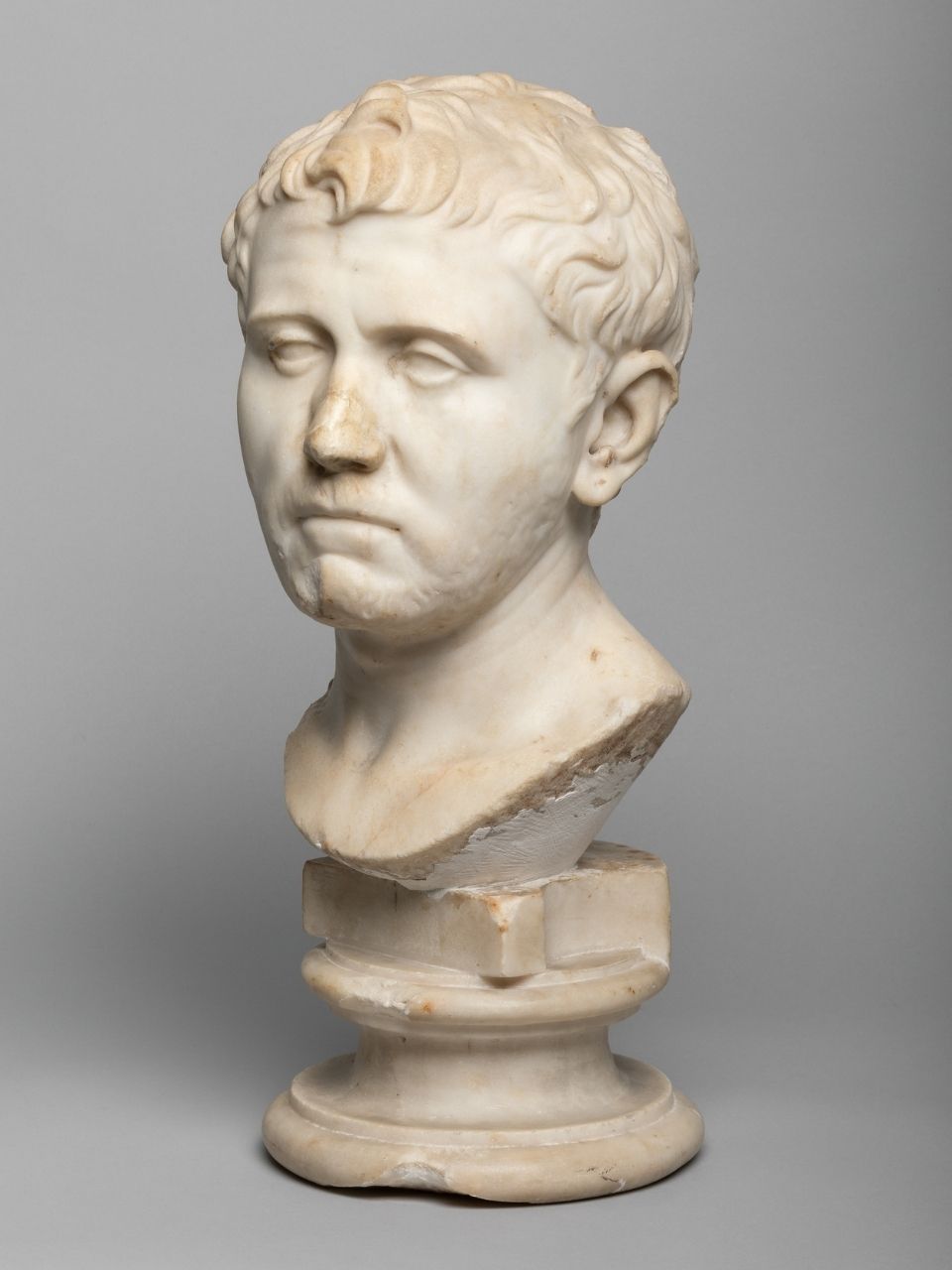 In 2018, Austin-based art and antiques dealer Laura Young was browsing in a Goodwill Store when she spotted a marble bust on the floor beneath a table.

It was the portrait of a man with a pensive expression and a curling lock of hair on his forehead. It looked old. How old exactly, Young couldn’t say. Regardless, for the price on a bright yellow sticker stuck to one of the sculpture’s cheeks, it was a bargain.

After buying it for $34.99 and taking it home, Young began a multi-year journey to determine its authenticity and origin. Ultimately, the sculpture was identified by Sotheby’s consultant Jörg Deterling as a two-thousand-year-old sculpture that once belonged in the collection of King Ludwig I of Bavaria.

Taking home the Portrait of a man after purchasing the bust at the Goodwill in Austin. Image courtesy of Laura Young.

As part of the agreement to return the sculpture to its rightful home in Germany, the Bavarian Administration of State-Owned Palaces, Gardens and Lakes agreed that the work would go on view at SAMA to engage the public with its history and story.

Now on display, the bust has sparked a media flurry, with more than 2,000 articles and broadcast segments by news outlets around the country and abroad, including the New York Times, the Washington Post, and BBC News.

Once installed in the courtyard of the Pompejanum, a full-scale replica of an ancient Roman house in Pompeii built by the king in Aschaffenburg, the bust dates from the late first century BC to the early first century AD.

The portrait displayed in the courtyard of the Pompejanum, Aschaffenburg, 1931. Photo courtesy of the Bavarian Administration of State-Owned Palaces, Gardens and Lakes.

How the bust arrived in Texas remains a mystery. During World War II, Allied bombers targeted Aschaffenburg and seriously damaged the Pompejanum.  After the war ended, the U.S. Army established various military installations in the city. It’s likely that a returning soldier brought the sculpture to Texas.

Wreckage of the Pompejanum’s courtyard after the bombing of Aschaffenburg in 1944. Photo courtesy of the Bavarian Administration of State-Owned Palaces, Gardens and Lakes.

The subject of the sculpture also isn’t known for sure, though some unusual details resemble portraits of the famous general Pompey the Great, who was defeated in civil war by Julius Caesar. The portrait may depict, then, Pompey’s son, Sextus Pompey, who waged years of war against Caesar and his successors before he was finally captured and executed.

The bust will return to Germany next year, following SAMA’s upcoming exhibition Roman Landscapes: Visions of Nature and Myth from Rome and Pompeii, on view February 24–May 21, 2023. The exhibition will include two marble reliefs that were also once part of Ludwig I's art collection and have remained in the Bavarian state collection (the Staatliche Antikensammlungen und Glyptothek) in Munich since then. One of them, featuring a herdsman and his cow, was bought in Italy by the king's art agent, Johann Martin von Wagner, who may also have purchased the Roman portrait for Ludwig I.