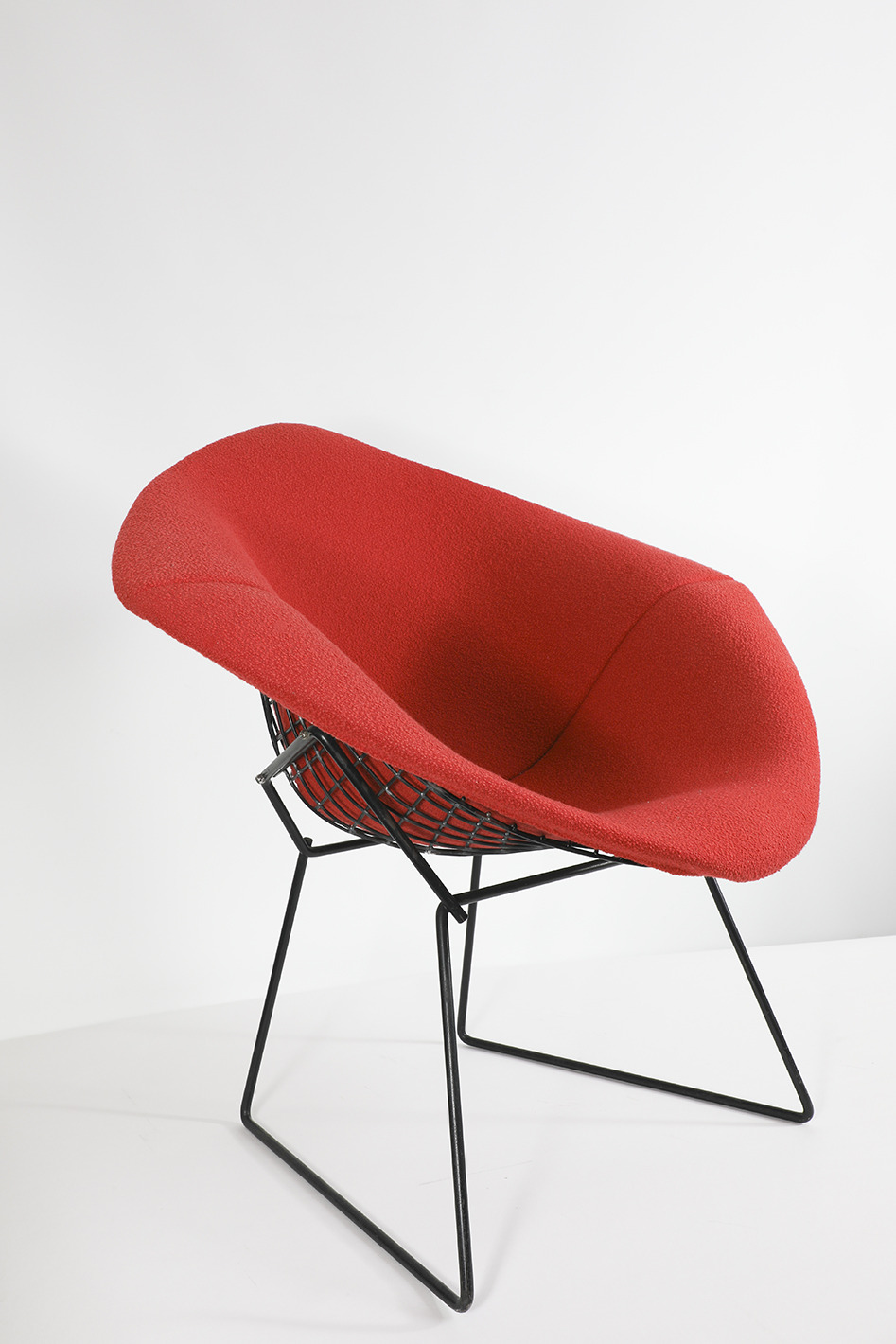 You may know his iconic furniture without knowing his name—or that Italian-born designer Harry Bertoia (1915–1978) also produced outstanding work in printmaking, jewelry, and monumental architectural sculpture.

In 2004–5, local collectors Robert and Laura Cadwallader gave the San Antonio Museum of Art three excellent works that represent Bertoia’s achievements: a sculpture composed of bundled rods; a child’s chair formed of the wire grid characteristic of his popular Knoll chairs; and a “Sonambient” sculpture that emits sounds when struck. They are now exhibited for the first time, accompanied by several pieces on loan from private collections that chronicle the breadth of Bertoia’s artistic vision and superb craftsmanship.

After immigrating to the United States at age 15, Bertoia attended art school in Detroit and enrolled in the innovative Cranbrook Academy in 1937. Among his Cranbrook classmates were artists who would influence his work for the rest of his life: architect Eero Saarinen, designers Charles and Ray Eames, and Hans and Florence Knoll, who established the highly successful furniture company, Knoll, Inc., in 1950, which ultimately produced his chair designs.

At Cranbrook, where Bertoia was in charge of the metalworking shop, he worked on small jewelry pieces in silver, brass, and gold that propelled him deeper into metalworking, which became the focus of his career.

In 1943, Bertoia collaborated on furniture design with Charles and Ray Eames before being invited in 1950 to join the Knolls in their newly established design firm—the turning point of his career. His initial designs for five chairs produced of a light wire grid, sometimes upholstered, were an immediate success and are still widely sold today.

From then on, Bertoia created wall sculptures for important new architecture, fountains for public art, and thousands of small sculptures investigating a variety of metals and finishes. The “Sonambient,” or sound sculptures developed from metal rods, and the music he composed for them, were the final creations that secured his artistic reputation. In this focus exhibition, the viewer can explore the development of an innovative artist across several media. 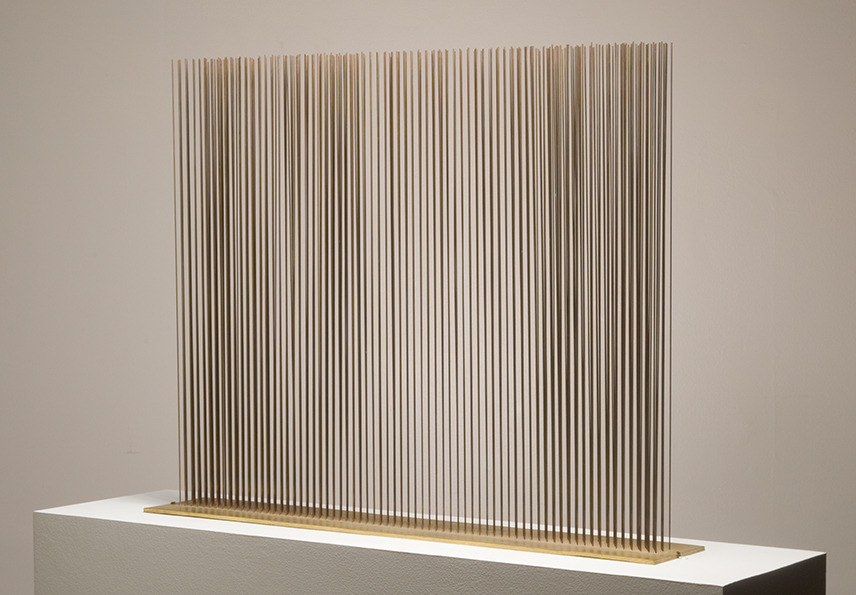 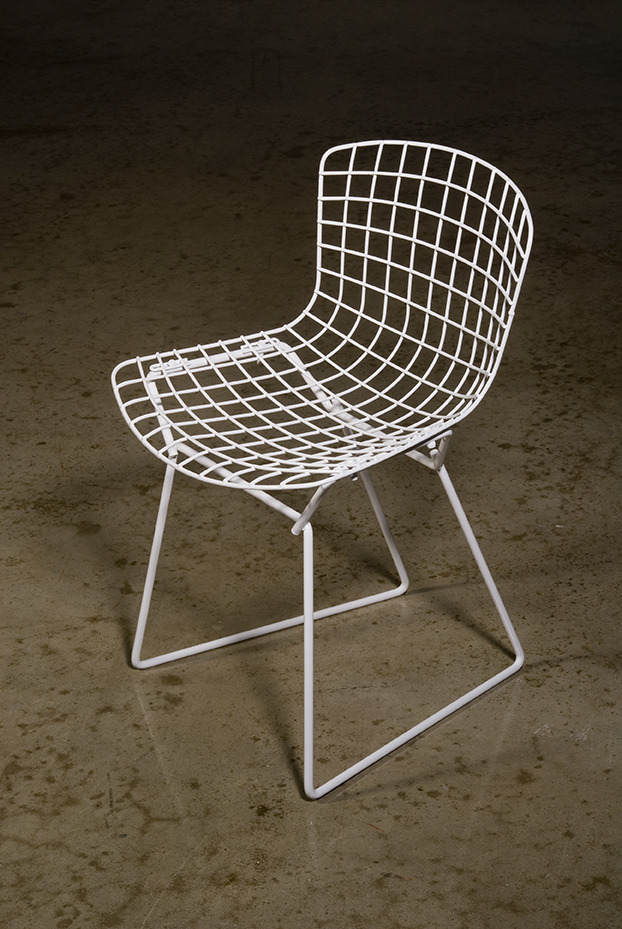 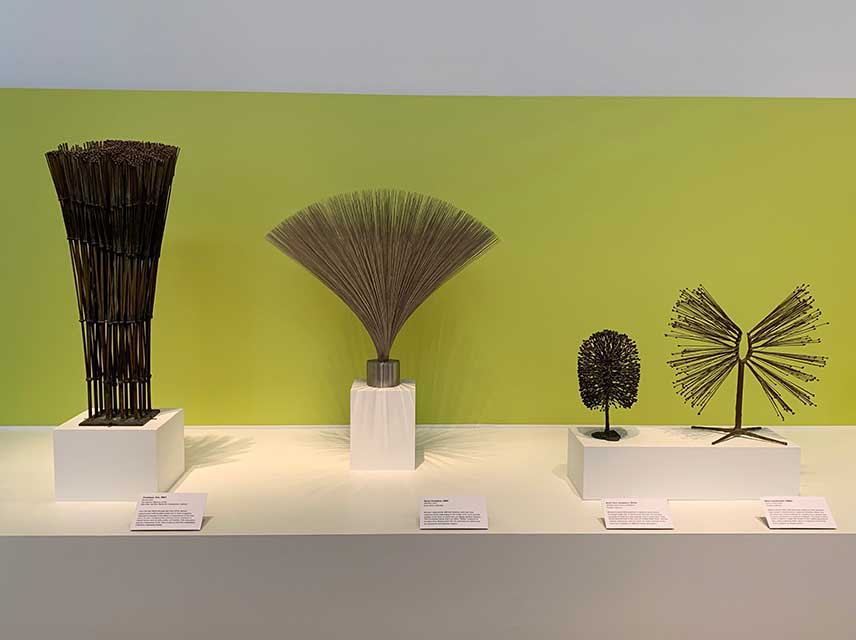