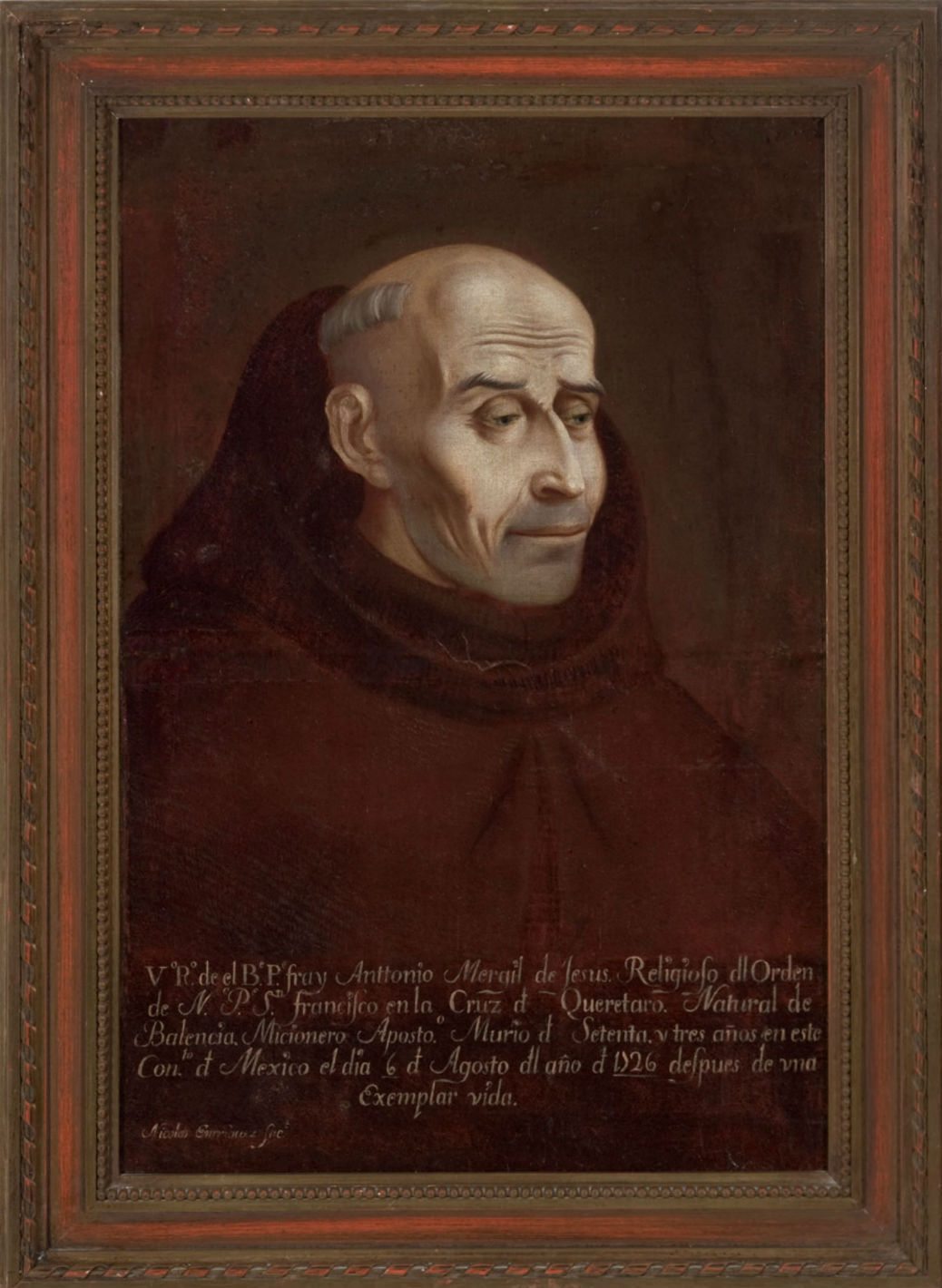 In 1720, Fray Antonio Margil de Jesús (1657-1726) was the founder of San Antonio’s flagship mission, Mission San José y San Miguel de Aguayo. This humble man, who signed himself La Misma Nada (Nothingness Itself), was famous during his lifetime as an exemplary Franciscan friar, a devoted evangelist, a gifted scholar of indigenous languages, and a fearless worker for the Church.

When Marion Oettinger, Jr., Curator of Latin American Art, secured the long-term loan of two highly important eighteenth-century paintings of Fr. Margil, he embarked on a mission to research the life and accomplishments of a man all but forgotten in popular local history. He discovered that “Nothingness Itself” was someone remarkable indeed.

Born in Valencia, Spain, Fray Margil entered the Franciscan Order in 1673. A decade later, he traveled to Mexico and became a founding member of the famous Franciscan Missionary College of Santa Cruz in Querétaro, later serving as its Guardian or President. Fr. Margil’s true devotion, however, was to apostolic fieldwork, and soon he traveled south to Central America. After working diligently with the indigenous people of Costa Rica, Nicaragua, Yucatán and Guatemala, Fr. Margil returned to Mexico to found the Apostolic College of Nuestra Señora de Guadalupe in Zacatecas (1706). From there, he set out to establish missions in northern New Spain, especially in parts of Coahuila, Nuevo León and in what is now Texas. Fr. Margil founded several missions in east Texas, including one in Nacogdoches, but when forced from east Texas by a coalition of French and Native American forces, he moved to San Antonio, where he established Mission San José. Within two years, Fr. Margil’s already poor health began to deteriorate further, and he returned to Zacatecas and Querétaro. He died in 1726 in Mexico City, where his remains are in the National Cathedral. Fr. Margil’s beatification and canonization began in the late eighteenth century, a process that continues today.

Over the past nine months, Marion Oettinger made several research trips on the path of this dedicated missionary. In Mexico City, he visited the Franciscan church where Fr. Margil was initially buried. In Zacatecas, he found half a dozen eighteenth-century portraits of Fr. Margil, some sculptures and other paintings. While in Zacatecas, he worked with books from an important library established by Fr. Margil, many bound in vellum and some dating to the early sixteenth century. In Oettinger’s most recent trip to Querétaro, he met with museum directors and curators who were eager to share Fr. Margil materials.

The fruits of this research will soon be on view in the exhibition Fray Antonio Margil de Jesús: the “Patron Saint of Texas,” open to the public on October 12, 2013–March 23, 2014 in the Golden Gallery of the Nelson A. Rockefeller Center for Latin American Art. The exhibition includes many original materials related to Fr. Margil’s life and work, putting vivid focus on a pivotal period of local history.