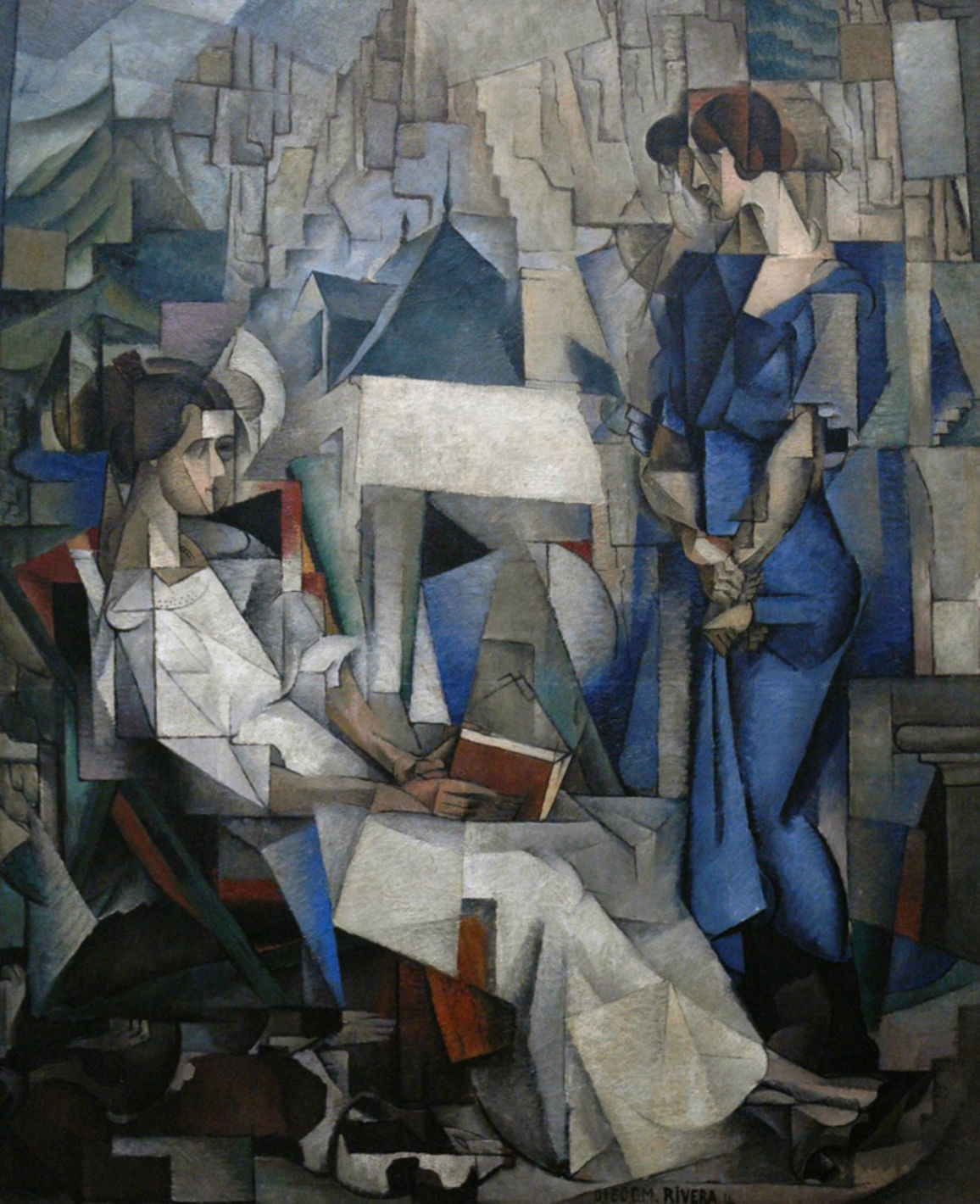 Diego Rivera’s great cubist paintings, Two Women (1914), (77 ¾ in. x 63 ½ in.) is a double- portrait of Rivera’s first wife, Russian-born Angelina Belloff, and Russian-Cuban painter Alma Dolores Bastian.  Two Women will be on display beginning December 9 as part of our focus installation Diego Rivera in San Antonio. The painting is on loan from the Arkansas Arts Center Foundation and was given to the Center by Abby Rockefeller Mauzé, Nelson Rockefeller’s sister.

During the decade Diego Rivera (Mexican, 1886-1957) spent in France (1911-1921), he successfully experimented with three styles of painting: Post-Impressionism, the style of Cezanne, and Cubism.  He was most intrigued by Cubism─the fracturing of traditional forms, multiple points of perspective, and flattening of the picture plane, which is credited to Pablo Picasso (Spanish, 1883-1973) and Georges Braque (French, 1882-1963).  Rivera painted over 200 cubist landscapes and cityscapes, still lifes, and portraits.  Rivera returned to Mexico in 1921 and, through his powerful murals, became a major visual spokesman for the new order in Mexico, depicting everyday workers and Mexico’s history.

Todd Herman, PhD, Director of the Arkansas Art Center will be giving a free lecture at the Museum on Tuesday, December 9, 6:30-7:30 p.m. entitled The Rockefellers in Little Rock: Building a Cultural Legacy. His lecture will detail Winthrop Rockefeller’s contributions to the formation of the Arkansas Arts Center.