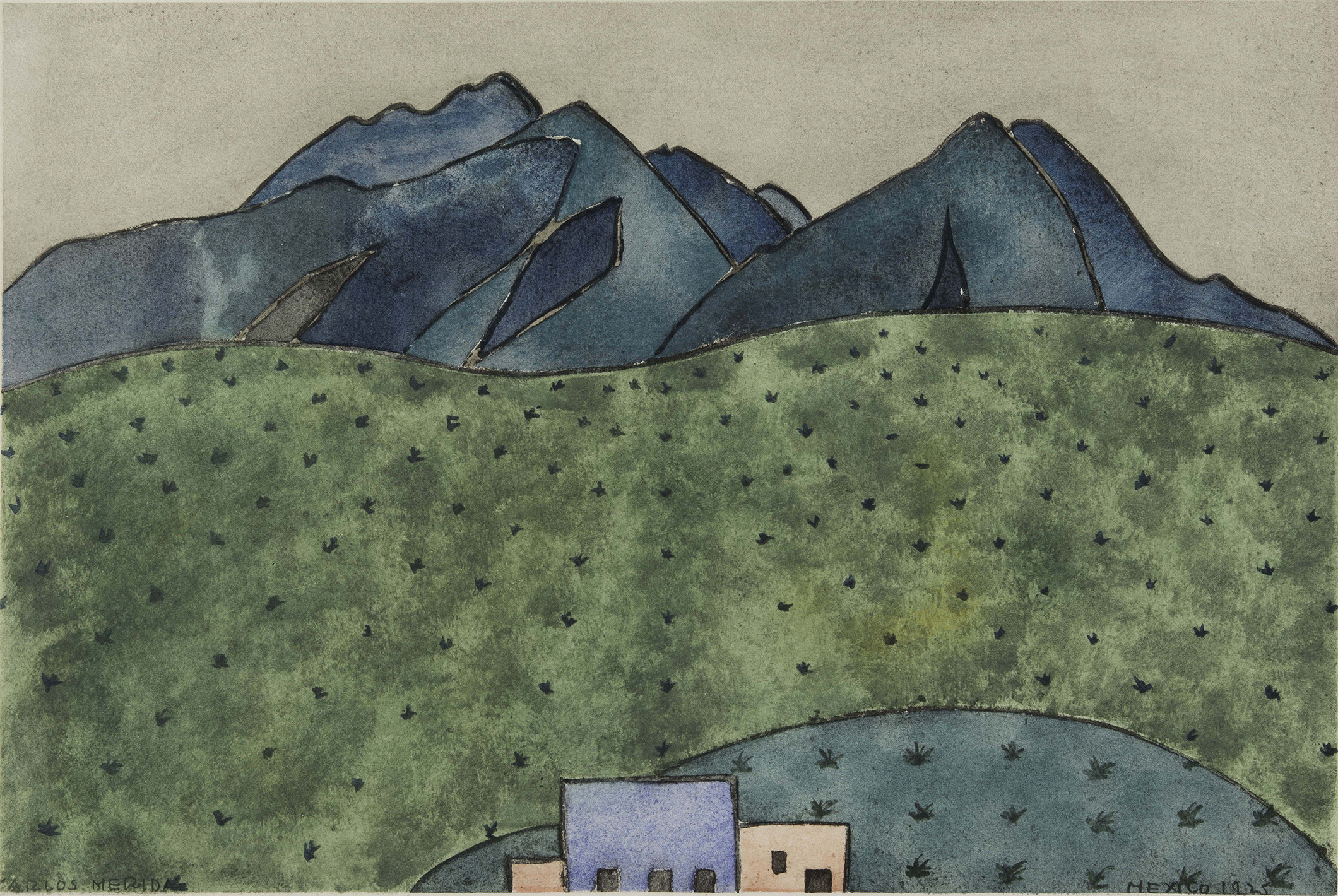 Carlos Mérida was an important twentieth-century artist who left a rich legacy of pioneering art. Born in Guatemala City in 1891, Mérida lived and worked for most of his life in Mexico City. One of his earliest projects in Mexico, in 1922, was working on the great mural at the National Preparatory School as an assistant to Diego Rivera, who introduced him to the politically driven Mexican Social Realism movement. Mérida’s early work dealt with folkloric themes of Mexico and Guatemala, but exposure to avant-garde artists such as Modigliani and Picasso and to Surrealism, Constructivism, and geometric abstraction on travels to Europe greatly influenced the artist. He began merging aspects of what he has seen with themes of his Mayan heritage. By the 1940s, Mérida had distanced himself from Mexican Social Realism and was focused instead on this new work, exploring various forms of abstraction. The artist died in Mexico in 1984.

The Museum has acquired excellent examples of Mérida’s works, and its collection illustrates the artist’s broad diversity of themes and media–from his Images of Guatemala (1925-27) to his Birds of Paradise (1936) and his The Three Kings (1965). In 2014, the Museum acquired an important set of Mérida’s original gouaches, which were used to create the popular portfolio Mexican Costume (1941) of 25 serigraphs. The impressive glass mosaic mural that Mérida made for Hemisfair ’68 has been reinstalled in the newly refurbished Convention Center downtown.