This wonderful exhibition is inspired by Kuhn’s devotion to the practice of drawing. Masterpieces of observation, design and invention, Kuhn’s drawings were integral to his art—the building blocks upon which his paintings were constructed.

Born in Buffalo, New York, Kuhn (1920–2007) began his observations of animals in the Buffalo Zoo and studied at New York City’s Pratt Institute. His detailed paintings of animals in landscape eventually made him one of America’s most popular wildlife illustrators.

Kuhn’s work spans both North American and African subject matter, and Drawing on Instinct opens a window into the creative process of a prolific artist working at the crossroads of representational and expressionist traditions. Immersed in the observational precision of natural- history artists like John James Audubon and Carl Rungius, Kuhn was also cognizant of contemporary artistic movements emerging during his lifetime. Kuhn integrated the work of color-field theorists like Mark Rothko and Joseph Albers into deeply felt landscapes, which are settings for his dramatic moments of observation.

Bob Kuhn: Drawing on Instinct is organized by the National Museum of Wildlife Art in Jackson Hole, Wyoming, and curated by its Curator of Art, Adam Duncan Harris. The exhibition is generously presented by Karen and Tim Hixon. 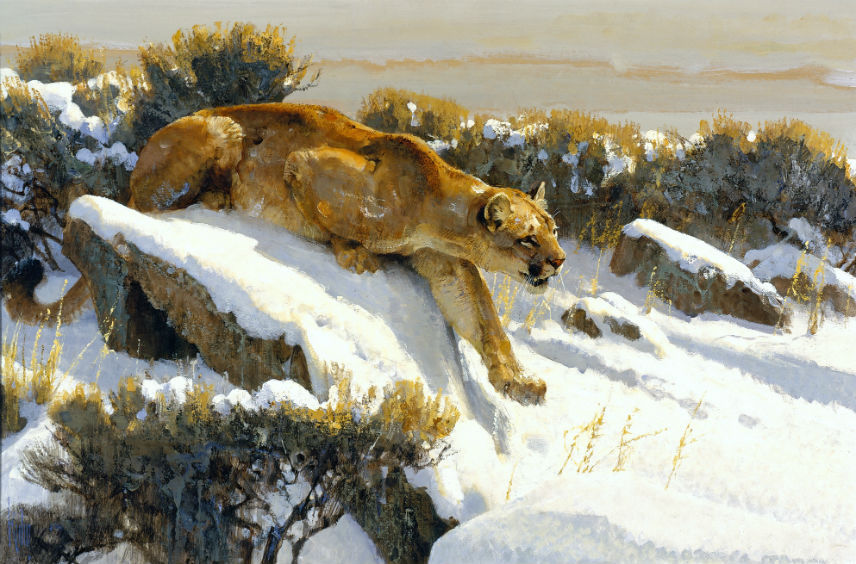 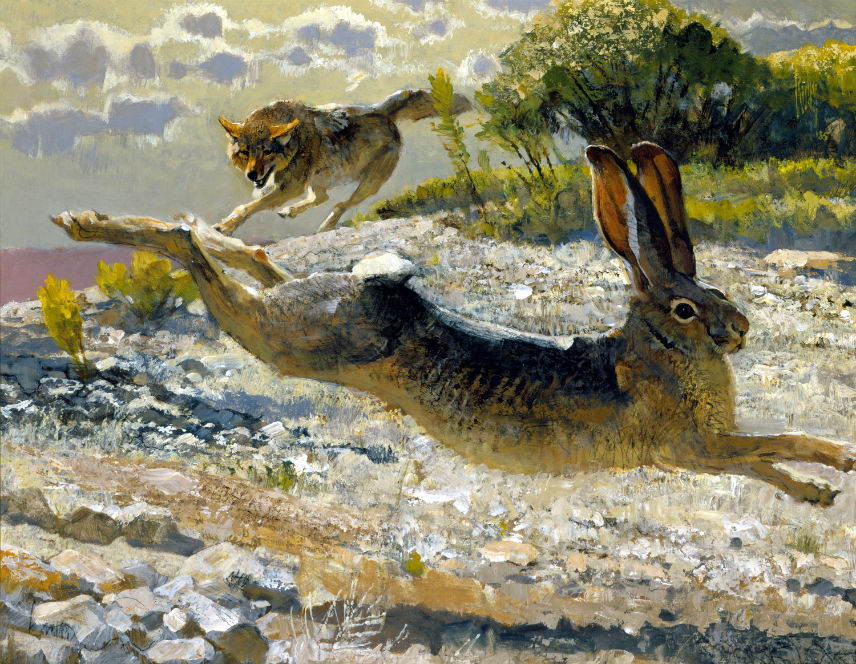